Today’s modern cosmetic surgery approaches have advanced greatly to take into consideration the unique aspects of each person’s feature .and facial structure, including their ethnicity.in this article we will talk around the Difference between Ethnic Rhinoplasty and rhinoplasty

Ethnic nose surgery is an extremely detailed and delicate procedure that requires the expertise of a leading ethnic rhinoplasty surgeon, like Dr. Mohammadimofrad. Because he specializes in facial procedures, he has performed many more ethnic rhinoplasties than the average plastic surgeon, giving him the skill and experience necessary to deliver top-tier results. 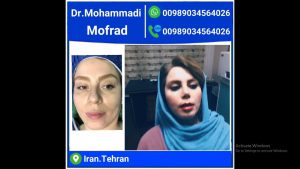 What is Different About Ethnic Rhinoplasty?

Looking back at cosmetic surgery of the 80s and 90s, it is clear that plastic surgeons were being trained only in modalities that were intended to address a Caucasian nose. What’s more, there was not significant variation in outcome. Most were small and pinched and often had the “ski slope” effect. Advances in the field and surgeons who desired a better outcome have refined the rhinoplasty procedure to focus on sculpting a nose to suit a person’s face–not simply putting the same “cute nose” on all patients.

Ethnic rhinoplasty is one such specialty that has developed tremendously within the field of plastic surgery. Pioneers like Dr. Mohammadimofrad sought to create aesthetic enhancements within traditional frameworks of ethnicity and paid attention to the special qualities and variations of each to fully embrace the African-American, Asian, Middle Eastern and Latin ethnicities.

Who Should Consider an Ethnic Rhinoplasty?

The criteria for considering an ethnic nose job are the same as the criteria for any rhinoplasty. The patient may have been unsatisfied with some aspect of their nose for years, such as a pronounced hump, a size they feel is too large or too small or a bulbous tip, to name some common reasons for seeking rhinoplasty.

One the decisions to move forward with rhinoplasty has been made, that is the time to focus on the differences between a “typical” rhinoplasty and ethnic rhinoplasty. It is essential to find a doctor who has experience performing these types of surgeries within your racial background.

Dr. Mohammadimofrad has extensive experience in performing ethnic rhinoplasties in Tehran.Iran of all facial types, including those of African-American, Asian, Latin and Middle Eastern descent. Each ethnicity has its own classic characteristics and Dr. Mohammadimofrad is familiar with the intricacies of each.

When patients come to him for a consultation on ethnic nose surgeries, Dr.Mohammadimofrad takes into consideration the above characteristics along with that particular persons image goals and their other features. Ultimately, positive outcomes rely achieving a pleasing balance between all features, including the eyes, jawline, chin, cheekbones, facial shape and even the size of the skull, neck and body.

Common traits of a Middle Eastern nose may include a:

All of these can be addressed with a Middle Eastern Rhinoplasty that preserves the traditional bone structure and classic, defined profile in a balanced and ethnically sensitive manner.

Some common traits of the African-American nose are a:

Because of these traits, it is essential that your nose surgeon has experience with this particular type of rhinoplasty. Your cosmetic surgeon should take extra care to maintain the curvature of the nostril to avoid the “triangular look,” which is not considered aesthetically pleasing or culturally sensitive.

The significant diversity within Asian ethnicities provides many variations in common nasal traits. Eastern Asian people tend to have flatter profiles with flatter bridges and round nasal tips. Those of South Asian ethnicity (Indian and Pakistani) may have long noses with pronounced bumps. Wideness can also be an issue, whether of the bridge or the tip. Because of the degree of variation, a personal consultation with Dr. Mohammadimofrad where you can discuss your concerns and get honest feedback on your options is essential.

Rhinoplasty for people of Latin ethnicity includes significant variation due to both European influences and those of the native peoples of South America. Despite this variation, common Latin nasal traits may include:

The approach to Latin rhinoplasty depends significantly on the cultural heritage of the patient (African, European, Mestizo, etc.) A personal consultation can offer you more insight into what can be expected based on your nose and other similar patients and their results.

Contact Dr.Mohammadimofrad today at 00989034564026 for a personal consultation for an ethnic rhinoplasty in Tehran.Iran.